We are a family run business based in Upminster High Street (St Marys Lane).

We pride ourselves on our friendly, honest and professional advice, we are all qualified to assist you on all aspects of installation + high quality product, and our installations to a high standard of workmanship. Our business is based upon reputation and reccommendations. Every sale we make and project we complete is done so on a personalised level – whether we are selling a single tile to match your existing bathroom, or you wish to have a complete redesign.

Our team of installers have worked together at Suprema for a number of years completing many hundreds of varied projects. Whether you meet Jamie in the showroom, or any of our other team members we will talk to you every step of the way. Any changes will be comfortably managed.

We believe in high quality customer service and standards.

Suprema Bathroom and Tile Showroom is based in Upminster, Essex and provide a full range of bathroom and tiling products and services. 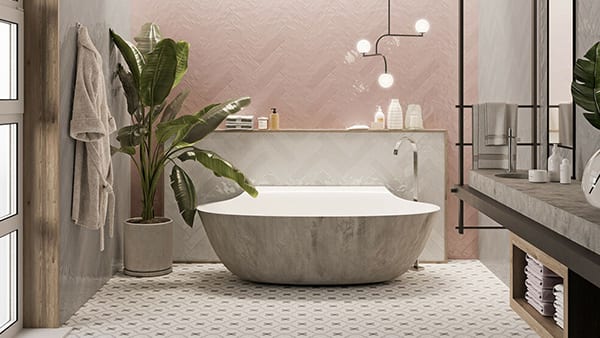 We have a wide range of bathroom brands on display with different price points and also a good selection of tiles on our ground floor showroom and our newly renovated upstairs showroom. 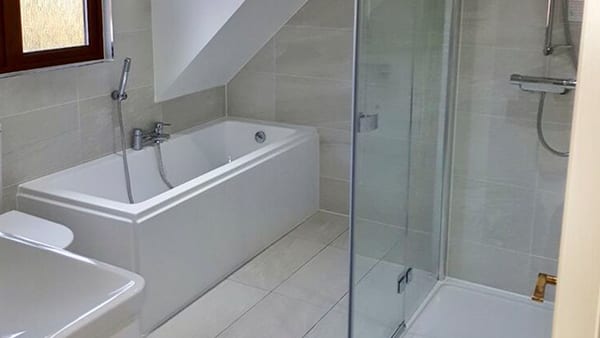 We offer supply or supply and fit with our experienced installation team, who have over 25+ years in this game.
We have been involved in a vast number of projects and really enjoy helping our clients have the bathroom of their dreams.

In 1955 Suprema Flooring was established by Charles Adelizzi as he was a specialist in Italian Terrazzo and Mosaics working locally throughout Upminster, Essex and further.

Charles was a renowned expert in his field, and completed flooring projects for 10 Downing Street, Buckingham Palace, the UK Treasury and many other prestigious buildings.

Michael then joined in the 70’s, working with both his brother and he’s father, Charles taught his sons the trade, passing on the skills and techniques that earned Suprema its high quality reputation throught Essex, London and the South East. In the early 90’s Charles left Suprema and Michael and his brother ran the business fully. The showroom on St Mary’s Lane in Upminster opened in 1997.

Michael took full control of the business following his bothers death in 2007.

Now in recent times, Michael passed away in 2018 and passed the business onto his wife Sharon, also his son Jamie who is in the showroom 6 days a week.

Brands that we stock

As a small company, we offer a more personal and individual service, you are more than just a number to us, this is why we have achieved long lasting and succesful relationships with all of our clients and our suppliers. Our goal is to make this process for you hassle free for you from the initial idea to the design through to the completion of the job

Bathrooms are one of the most important areas in your home as people spend a lot of time relaxing to getting ready for the day, your ideal bathroom needs to be exactly as you want it. A designer suite is easy to achieve and will make sure that you love every minute spent in your new bathroom. We can get any products from a huge range of brands, including top designers.

At Suprema Bathroom & Tile Store we offer a dedicated design service, which we use the latest and most up to date CAD software, so that we are able to help you visualise your dream space With Our design service and expert knowledge, design skills, we will give you the dedication to every project that we are needed for, With the latest technology you can view your new bathroom in 3D before the installation begins with top quality renders or within our visualiser which lets you move around your bathroom

At Suprema Bathroom & Tile Store Our experienced team of installers have worked together for a number of years completing many hundreds of varied projects. Planning and designing a new bathroom can be one of the most complex projects in the home. As these rooms have become more sophisticated, installation which requires more highly skilled and specialised tradespeople. Experience, knowledge and attention to detail are vital to make a stunning bathroom and with our team members they have over 25+ years of experience in the trade that they currently do We conduct our work professionally, respecting your home whilst we work within it, and leaving you with a completely transformed room to be proud of.

Done the right way, not the quick way

We pride ourselves on supplying high quality product, and our installations to a high standard of workmanship. Every sale we make and project we complete is done so on a personalised level – whether we are selling a single tile to match your existing bathroom, or you wish to have a complete redesign. Everything is done precisely to every small detail Our experienced installation team does not finish a job until it’s done to a very high standard/perfection

Within our showroom we have many luxurious brands on display who are very much leaders in todays bathroom & Showering manufacturing, we believe we have everything we need to help you choose and design your perfect Bathroom suite. We also have many tile boards on display. On both ground floor showroom & first floor showroom

Our business is based upon reputation and reccommendations. Whether you meet Jamie or Sharon in the showroom, or any of the other team members, we will talk to you every step of the way. Any changes will be comfortably managed. We believe in high quality customer service and standards. And that is why we have a very long lasting customer base.

If you would like to request a survey appointment with us then please use the form below to share your information and requested date and time. Our bookings calendar shows our current availability although we cannot guarantee times so please make sure that we acknowledge your booking request first. Note that appointments can be requested between 9:30am – 6pm on Monday – Friday only.

"I'm delighted with the work completed by Suprema on both of my bathrooms. The work was completed in a very professional manner, and at a price that I was very happy with"

S Griffiths
Brentwood
 5/5
"Jamie was very helpful on the choice and matching of bathroom tiles. Tried a number of places but Suprema's presentation of matching different tiles and Jamie's advice was very helpful! Recommended!"

John Matthews
Upminster
 5/5
"Total professionals, the selection of tiles and bathroom fixtures and fittings is exceptional and the quality is first rate. Highly recommended, Michael and his team are great."

Jill Willis
Billericay
 5/5
"we had a small bedroom turned into a luxurious shower room by Suprema and not only was Michael really helpful in choosing and designing the room but his fitter was first class and the finish is quite stunning thank you!"

Terry Maylin
Hockley
 5/5
"Suprema offer the complete solution. Not only do they have a large range of bathroom furniture, but also an extensive selection of tiles, so it really is a one stop shop for getting the bathroom you've dreamed of. We can highly recommend their services."

We are looking forward to starting a project with you!

Pop in to our store for a look around and a chat, or get in touch with details of your project.

We’d love to help however we can whether this is supply only or supply and fit.

Monday to Saturday
9am to 5pm